An oyaji gyagu means a “boring pun” or “an old person’s (flat) joke.”

おやじ means “one’s father” or “an old man.” ギャグ comes from “gag” and while the English word can indicate an act (e.g. a practical joke), ギャグ in Japanese is usually verbal speech.

Here are a few classic and corny おやじギャグ. Use at your own risk!

Okay, none of these work in English. The word play involves そうだ (casual of そうです) and ソーダ which means “soda.”

そうだ is used when remembering something or deciding on something. “That’s right!”

Another innocent sounding English translation becomes an awful sounding pun in Japanese. き, to like, sounds like スキー, to ski.

“The curry is spicy!”

Curry is カレー and ～ is a slang form of い meaning spicy hot.

“Is the watermelon cheap?”

“A country with no kanji, Canada.”

The pun comes from the Japanese word for “Canada” which is カナダ. This could also be かな (kana, hiragana and katakana) + だ (plain form copula). The country without kanji is the country with only kana.

イルカ is a dolphin. いるか is asking if (dolphins) exist. Useful for your next beach trip.

“There’s nothing here but deer.”

鹿 means deer and しかない means “nothing but (deer).” It kind of works in English as a rhyme.

アリが父さん sounds like “thank you” but means “an ant is (my) father.” Use a fly to represent the mother. This is from a Crayon Shinchan manga.

“The plum is delicious.”

寝ね込こむ means to “stay in bed” from exhaustion or sickness.

“There was a totally white dog. His tail was also white.”

「もい」 (tail is also white) sounds like おもしろい which means “interesting” or “amusing.” 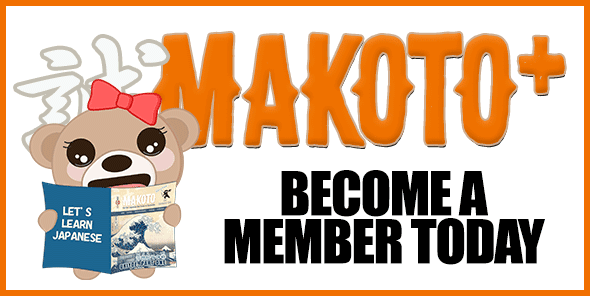