Learning Japanese Kanji: What are On and Kun Readings and When to Use Them 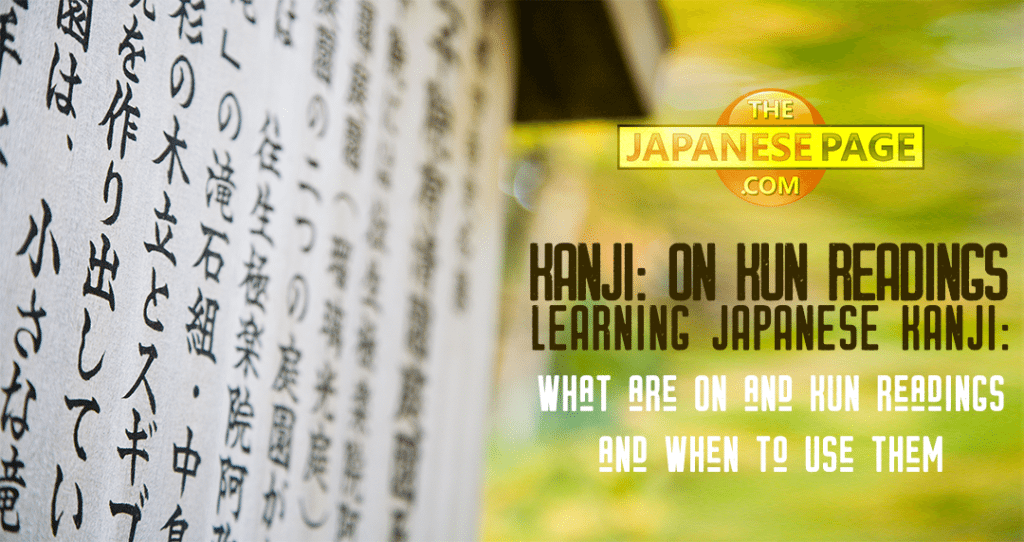 On, Kun? What is That? And When Do I Use Which?

Hiragana, katakana, and kanji are the three legs that make up the Japanese writing system stool. The kana (a classification name for hiragana and katakana together) are fairly easy to learn in just a few weeks of careful study. Kanji, on the other hand…

THE BIRTH OF ON AND KUN

To be fluent in Japanese, the government recommends learning about two thousand kanji characters. Why so many? You should be grateful. China has over 40,000 characters.

Another reason for being grateful: Most kanji have a single core meaning (this could be an abstract notion or something more concrete). While many do have other meanings, [for example, 生 can mean “live,” “give birth,” or “raw.”] most kanji can be safely associated with a single meaning or idea. The problem comes with the “readings” or pronunciations.

JAPANESE IS NOT CHINESE

However, to complicate matters further, the ancient Japanese seemed to have not realized their language was a different language entirely from Chinese. Most of the time, the meaning behind the imported Chinese characters were often already found in Japanese. To add one more layer of complication, the Japanese thought it best to use the Chinese pronunciation(s) in addition to their own native Japanese pronunciation(s). This is why there are often two totally different sounding readings.

Take 木, the kanji for tree, for example: The Japanese called a tree “ki” but they heard their Chinese neighbors pronounce it as “moku.” So, 木 has two readings, a kun (ki) and an on (moku). –Actually, it has a few more, but these are the most useful.

Take a moment to memorize this: 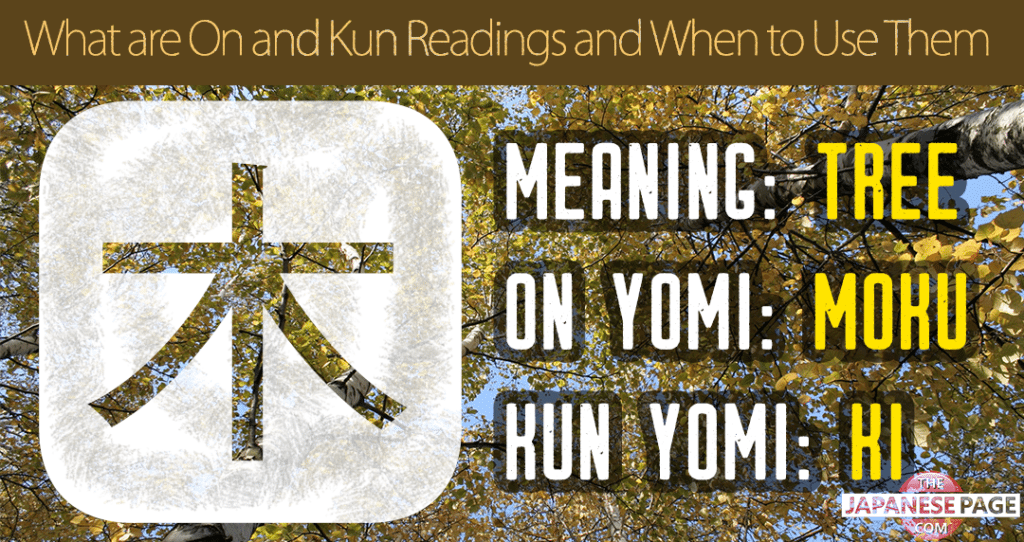 音読み on yomi — ON READING

The on yomi is a representation of the ancient Japanese people’s understanding of the ancient Chinese words. As a result, you can often see/hear similarities with modern Chinese or even Korean regarding how they pronounce the same or similar kanji, but it is definitely not the same. Don’t expect a study of on readings will give you the ability to speak Mandarin!

In fact, because Japanese has fewer sounds in the language, the more complex sounds and pitches found in Chinese had to be condensed. This further distorted the family resemblance.

The kun yomi is the “native” Japanese pronunciation for the concept represented by the kanji.

The On and Kun readings are similar to what happened to the English language after the Norman Conquest in 1066. The native population’s language was mixed with their continental overlords’. As a result, the specialized and refined words of the ruling class spoke a dialect of Old French. The common people spoke Old English. So, common everyday words like tree, hill, town, meal, and earth were of Anglo-Saxon origin, but the Norman (from Latin) influence is still heard in specialized words. We say “cow” while plowing in Anglo-Saxon, but “beef” when eating in the castle.

In our tree example, we find the kun reading, the native Japanese pronunciation, is ki. Today, when you want to say, “There’s a tree,” you’d say:

But if you want to buy some lumber, you might say,

WHEN TO USE WHAT

Unfortunately, you really need to learn both on and kun readings for kanji. Some are more useful than others, but if your goal is to be fluent in reading Japanese, learn them both.

It isn’t always easy to figure out which to use in context. There are, however, a few quick and dirty tips. (mostly repeated from the above On and Kun sections.)